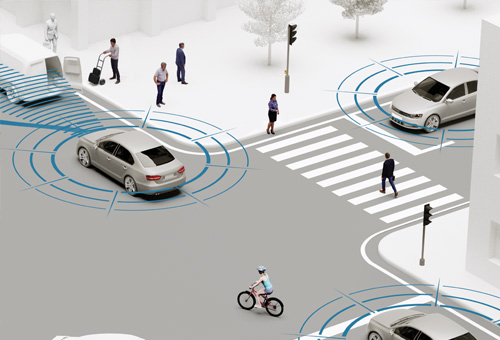 Automated driving in the city will make new forms of interaction between humans and vehicles necessary. While in the past the focus was on interaction between the driver and the vehicle (using display and operating elements) and other road users (using gestures, hand signals etc.) in future the vehicle will communicate with persons in its environment of its own accord. The information transmitted over a range of channels must be consistently appropriate to the situation, comprehensible and unambiguous – one of the key challenges facing subproject 4 within @CITY.

Communication between driver and vehicle

In the highly dynamic urban environment, an automated vehicle will be making all sorts of decisions that are, in part, incomprehensible or unexpected for the driver – who should, to be correct, be termed the user. The project will develop prototypes that continuously inform the user of the system about the planned route, and alert the user to system limitations in a timely fashion to avoid unnecessary user intervention. The driver should be prepared to master the situation calmly and without fear, so that in phases in which the vehicle is driving autonomously, users can turn their attention to activities not relevant to driving. To this end, system components are being developed within @CITY to provide entertainment or information-based content according to the degree of automation and the route currently planned. Guidelines for designing the corresponding interior components will be developed which can be tested in prototype systems. 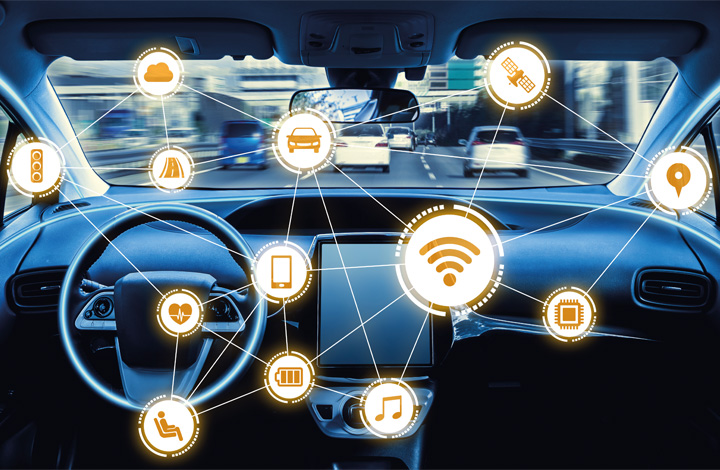 Interaction with other road users

The driver and vehicle interact and cooperate with other road users. Especially in urban traffic, interaction with pedestrians, cyclists and other vehicles is the norm. Once automated vehicles have been introduced to the roads, they will be sharing the roads with manually operated vehicles for many years to come. Both sides need to be able to understand each other in order to guarantee that traffic can flow and accidents do not occur. Moreover, it is important to point out that users of automated vehicles will no longer be responsible for the actual act of driving – and assume a role more akin to that of a passenger. Users in this role are no longer able to communicate directly with other road users, because the vehicle will be unable to factor this communication into its control strategy.

When sharing roads with non-automated and vulnerable road users, automated vehicles must be able to respond and to move in a way that is commensurate with expectations within the social system that is ‘traffic’. For the interaction with pedestrians or cyclists, new forms of interaction need to be developed, based on established and functioning communication patterns. The project will develop forms of communication for passenger cars and buses that enable safe and direct interaction between automated vehicles and other (non-automated) road users in a variety of scenarios. In addition to ‘explicit’ communication systems, such as visual displays on the outer skin of the vehicle, ‘implicit’ interaction principles will be developed that represent a key pillar for ensuring 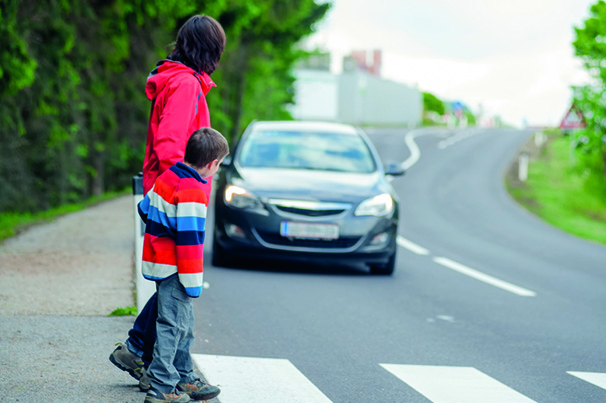 that automated driving finds broad social acceptance. Communication between the vehicle and its environment will take place in hitherto unseen ways, and therefore requires particularly intense research and evaluation.